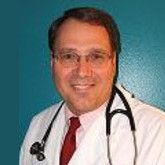 The following short article is a summary of American Academy of Physician Assistants in Legal Medicine President's doctoral dissertation comparing the malpractice incidence of PAs to that of physicians and advanced practice nurses. He examined the first seventeen years of data in the National Practitioner Data Bank(NPDB). The NPDB is reporting system established by Congress in 1991 to track the safety performance of physicians and other health care providers across state lines. Prior to the establishment of the NPDB, there was no national system of vigilance regarding the safety of health care providers. The NPDB requires states, hospitals and federal agencies to report malpractice incidence and amount of payment, professional society actions against its members, medical board licensing actions, Medicare/Medicaid program exclusions and DEA certificate restrictions.


ABSTRACT
As the physician assistant (PA) profession has matured, it has become a significant factor in the nation’s health care delivery system. Quality of care stakeholders are increasingly concerned about the medical care being delivered by non-physician providers. Stakeholders include local and national government, health care delivery organizations, health care provider education programs, the health insurance industry, and the general public. Each is affected by the liability of physician assistant medical practice. While PAs are being trained and hired at a rate that assumes adequate competence, quality and safety, current research is absent of a comprehensive analysis of PA malpractice over time.

This study examined 17 years of data related to unsafe medical practice (i.e., practice that
harms patients or the public). The study analyzed and compared a variety of markers (e.g., civil lawsuits and Medicare program exclusions filed with the National Practitioner Data Bank) of safety between physicians, PAs, and advanced practice nurses (APNs). Results of the study indicated that: a) the overall incidence and ratio of malpractice claims per provider was no greater for PAs and APNs than for physicians over a 17 year period; b) the average and median malpractice payments of PAs were less than that of physicians while that of APNs were greater; c) the trend in median payment increases was less for PAs than physicians and APNs, and higher for APNs than physicians; d) PAs did not negate their cost effectiveness through the costs of malpractice; e) the rate of malpractice incidence increased for PAs and APNs over the study period but remained steady for physicians, but was consistent with the change in numbers of active providers; and f) the reasons for disciplinary actions against PAs were similar to that of physicians and APNs. Other study findings included gender differences in both malpractice payment incidence and malpractice payment amount (both greater for female providers) and disparities between states regarding the frequency of disciplinary actions as compared to malpractice incidence.

Costs
The study found that the cost of malpractice payments in 2008 dollars exceeded $74 billion dollars in the period from 1991-2007 for PAs, APNs and physicians alone. This does not include all other health care providers such as dentists, podiatrists, optometrists, pharmacists, and chiropractors. Of this $74 billion, only $245 million were PA malpractice payments.

Malpractice Incidence Rate
The rate of malpractice incidence is increasing for PAs and APNs but flat for physicians. This has been attributed to the major increase in number of PA and APN providers but relatively minor (14%) increase in physician workforce between 1991 and 2007. The rate of increased incidence was not greater than the increase in provider workforce.

Reasons for Malpractice Claim
The most common reasons for APN malpractice claims were for obstetric and anesthesia errors. This is due to the disproportionate number of APNs who practice in these specialties compared to physicians and PAs. If these are excluded, the top ranking reasons for malpractice payments were the same for PAs and APNs: in order they are errors in diagnosis, treatment, medication and surgery. For physicians there were in order errors in diagnosis, surgery, treatment, obstetrics and medication.

Differences in State Actions
States with the most adverse actions against physicians were not necessarily those with the most malpractice payments. Pennsylvania and New York, while ranking high in malpractice incidence, were found to have adverse action ratios that were three times lower than the average. That is, while states on average had about one adverse action for every 4.4 malpractice payments, these states had about one in thirteen. This could be an indication of their ineffectiveness at sanctioning unsafe providers.

Arizona stood out as a state that ranked high in licensing board actions (fifth) compared to malpractice incidence (fifteenth). Pennsylvania stood out as a state that ranked low in licensing actions (twentieth) compared to its rank in malpractice incidence (third). The difference between frequency of malpractice reports and state and medical board licensing actions may be an indicator of how well state licensing and medical boards are monitoring their physicians and sanctioning their unsafe practices. Arizona and Pennsylvania are opposites in this regard.

Oklahoma stood out as third ranking in number of professional society actions against physicians. This finding suggests that Oklahoma may maintain active and strong physician professional societies that works closely with the state's regulatory board.

In summary, this research revealed some important findings for the PA profession in terms of cost effectiveness and comparative patient safety when examined alongside physicians and APNs. The results shed positive light on the utilization of PAs from a public health and safety and public policy standpoint. Nevertheless, the costs to society of malpractice and unsafe medical care are staggering. More needs to be done to curtail unsafe providers and to prevent errors and unsafe practice in the first place. Recent research suggests that patient communication, compassion and apologizing for mistakes are major deterrents of malpractice litigation.


By Physician Assistant Experts Network, LLC
Expert Website: http://paexperts.com
Call (414) 517-6915
ABOUT THE AUTHOR: Jeffrey G. Nicholson, PhD, PA-C
Jeffrey G. Nicholson is an actively practicing physician assistant and medico-legal consultant for the physician assistant profession. He has been in PA academia for over twelve years serving as Assistant Professor, Director of Clinical Education and PA Program Director, most recently at the University of Wisconsin-Madison. He is recognized as an authority on the standard of care for PA medical practice. He is a distinguished fellow of the American Academy of Physician Assistants. He has completed degrees at Boston College, Harvard University and the University of Wisconsin. He has published articles on PA education, PA malpractice, and PA employment. He is currently President of the American Academy of PAs in Legal Medicine. He leads a consulting firm to support the work of attorneys and insurance companies providing case merit review and expert testimony on the standard of care of physician assistants and nurse practitioners in all medical specialties.