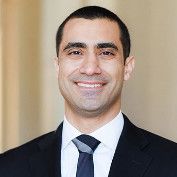 What Are the Different Types of Memory?

We can’t talk about how alcohol impacts memory functioning without first discussing the different types of memory.

- Short Term Memory (STM), is the capacity for holding, but not manipulating, a small amount of information in mind in an active, readily available state for a short period of time. For example, short-term memory can be used to remember a phone number that has just been recited. STM can last as little as 2 to 5 minutes and as long as 30 minutes.

- Working Memory is the capacity for holding short term information and manipulating that information. For example, holding someone’s address in your mind while listening to instructions about how to get there.

- Long-Term Memory (LTM) can be further divided into two components:

- Implicit Memory is referred to as unconscious memory. Implicit memory uses past experiences to remember things without thinking about them. The performance of implicit memory is enabled by previous experiences, no matter how long ago those experiences occurred. An example of this would be previously learned motor tasks such as riding a bicycle.

- Explicit Memory is the conscious, intentional recollection of factual information, previous experiences, and concepts. Explicit memory can be divided into two categories:

1. Episodic memory stores specific personal experiences such as what you did last week.
2. Semantic memory stores factual information such as knowing who’s the President of the United States.

How Does Alcohol Impact Memory?

We’ve gone over the different types of memory functioning and now we’ll go over how alcohol can impact memory.

Since short-term memory remains intact during an alcohol-induced blackout, an intoxicated person is able to engage in a variety of behaviors, including having detailed conversations and other complex behaviors like driving a car.

The information about these behaviors is not transferred from short-term to long-term memory, which leads to memory deficits and memory loss for these events.

1. Encoding – The initial learning of information.
2. Storage – Maintaining information over time.
3. Retrieval – The ability to recall information when you need it.

Alcohol influences most stages of this process to some degree, but its primary effect appears to be on the transfer of information from short–term to long–term storage.

Intoxicated individuals are able to recall information immediately after its presented and can keep that information in short–term memory for 1 minute or more if they aren’t distracted.

Individuals are typically able to recall long–term memories formed before they became intoxicated; however, beginning with just one or two drinks, they begin to show impairments in the ability to transfer information into long–term storage.

Under some circumstances, alcohol can impact this process so severely that, once they’re sober, they aren’t unable to recall events that occurred while they were intoxicated. These impairments are known as alcohol-induced blackouts.

What Parts of The Brain Are Impacted by Alcohol?

Alcohol impairs memory functioning by disrupting activity in the hippocampus. The hippocampus is primarily responsible for facilitating memory storage.

This impairment begins at concentrations equivalent to those produced by consuming just one or two standard drinks (e.g., a 12–oz beer, 1.5–oz of liquor in a shot or mixed drink, or a 5–oz glass of wine).

Alcohol impacts several neurotransmitters, which are the brain’s chemical messengers, and several of them play a role in memory functioning. The primary mechanism underlying the effects of alcohol on long-term potentiation of memories is alcohol’s impact on N-methyl-D-aspartate (NMDA). Alcohol prevents NMDA from binding to receptors in the hippocampus which interferes with memory storage.

Alcohol-induced disruption of other brain structures involved in memory formation, storage, and retrieval may contribute to lapses in memory.

The frontal lobe region is involved in the encoding and retrieval of long-term explicit memories. Frontal lobe functioning is impaired by alcohol, including performance on tasks requiring planning, decision making, and impulse control.

Memory processes in the frontal lobes and hippocampus have reciprocal connections suggesting that dysfunction in one structure could disrupt functioning in the other.

Alcohol-induced blackouts are often confused with passing out from alcohol, but blacking out and passing out are different states of consciousness.

During a blackout, a person is able to actively engage and respond to their environment; however, the brain is not creating memories for the events.

There are two types of blackouts:

Individuals experiencing en bloc blackouts are unable to recall any details from events that occurred while they were intoxicated, despite all efforts by the drinkers or others to cue recall.

En block blackouts typically occur at or around .15% BAC or higher. However, the rate of consumption of alcohol and how fast the BAC rises is a better predictor of a blackout.

Referring back to the model of memory formation we discussed earlier, it’s as if the process of transferring information from short–term to long–term storage has been completely blocked.

En bloc memory impairments tend to have a distinct onset. It’s usually less clear when these blackouts end because they will typically fall asleep before they are over.

As we mentioned earlier, individuals experiencing en bloc blackouts are able to keep information active in short–term memory for at least a few seconds. As a result, they can often carry on conversations, drive automobiles, and engage in other complicated behaviors. Information related to these events is not being transferred into long–term storage.

Unlike en bloc blackouts, fragmentary blackouts involve partial blocking of memory formation for events that occurred while the individual was intoxicated. Individuals experiencing fragmentary blackouts often become aware that they are missing pieces of events only after being reminded that the events occurred.

Since there is some storage of information, they can benefit from cues to recall past events. However, just like with en bloc blackouts, if the information was not stored, they won’t be able to recall it with a cue.

Fragmentary blackouts typically occur between .08% and .15% BAC; however, how fast the BAC rises is a better predictor of blackout than just the BAC.

What Role Does Confabulation Play in Blackout?

A term that often comes up in the alcohol-induced blackout literature is “confabulation”.

A confabulation is a memory error defined as the production of fabricated, distorted, or misinterpreted memories about oneself or the world.

When an individual isn’t able to recall events, the brain has a tendency to try to fill in the gaps with information that is plausible. There is a considerable amount of variability in how individuals can confabulate.

For example, if an individual was intoxicated and only recalls fragments of information journey their friend took to drive them home, their brain will try to fill in those gaps in memory. The brain will use information from past experiences or even your expectation of what should’ve happened. If they always take the same route from a particular part of town to their home, they might assume that their friend also took that same route and that false memory might seem true.

An individual might repeat that same account of what happened over and over and their confidence can go up but that memory can be completely inaccurate or distorted. In the Uber example, their brain might unconsciously fill in memories from previous Uber rides.

However, it’s also possible that someone can pretend to be confabulating or report gaps in memory for secondary gain. Secondary gain is any advantage an individual can gain by reporting medical or psychological symptoms (e.g. alcohol-induced blackout).

Secondary gain isn’t unique to just alcohol-induced blackouts. It’s a common occurrence in criminal cases, civil cases, and just in day to day life. For example, someone can tell their boss that they have the flu and can’t come into work.

In criminal cases, it’s also entirely possible for someone to report that they have no recollection of a set of events or pretend to confabulate in order to avoid culpability.

Alcohol-induced blackout is a topic that comes up often in the criminal justice system. It’s not unusual for defendants to have no memory of their behaviors while they were under the influence of alcohol.

Since short-term memory remains intact during an alcohol-induced blackout, an intoxicated person is able to engage in a variety of behaviors, including having detailed conversations and other complex behaviors like driving a car.

This impairment begins at concentrations equivalent to those produced by consuming just one or two standard drinks (e.g., a 12–oz beer, 1.5–oz of liquor in a shot or mixed drink, or a 5–oz glass of wine). However, the rate of consumption of alcohol and how fast the BAC rises is a better predictor of a blackout.

This can cause either fragmentary blackouts where there is partial blocking of memory formation for events that occurred while the individual was intoxicated. This typically occurs between .08% and .15% BAC.

If the individual’s BAC rises too quickly and is generally above .15% BAC, they can experience en block blackouts where they are unable to recall any details from events that occurred while they were intoxicated, despite all efforts by the drinkers or others to cue recall.

Hopefully, this article helped explain how alcohol can impact memory and why a defendant can’t recall events while they were under the influence of alcohol.