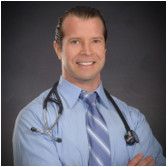 As marijuana is being “legalized” by more and more states* for medical use, and/or being decriminalized, there is growing (parallel in nature to the quantitative growing of marijuana) concern over the impairment caused by the consumption of marijuana, in particularly to operators of motor vehicles.

It seems in many minds it is believed that marijuana impairment is the same as that of alcohol and thus detection would be about the same. This could not be farther from the truth. This is primarily due to there is only one intoxicant in alcohol (ethanol, or ethyl alcohol), which is not stored by the body, and is linearly excreted once consumption begins.

Thus having only one intoxicating constituent it is relatively easy to measure in the blood and extrapolate these measurements to degree of impairment of a standardized individual.

Where for m arijuana, the ingredient familiar to most Δ-9 THC (tehtrahydrocannabinol) is only one of the psychoactive, or intoxicating constituents, among many non-psychoactive constituents. Additionally, contrary to alcohol, the a fraction Δ-9 THC from marijuana is immediately taken up by the fat cells in the body, where it is released slowly over time, and generally non-contributory to intoxication, but is the reason why marijuana can be detected in the blood so long after it is consumed (anywhere from 3 days, to a month or more, depending on a number of individual parameters).

The difficulty and so far the prohibitive factor in accurately establishing an absolute correlation between some measured value, i.e. blood concentration of Δ-9 THC (the primary psychoactive component in marijuana) and intoxication (where intoxication and impairment for the purpose of this article are equivalent) of a given individual is the complex pharmacology and pharmacokinetics of marijuana.

Marijuana is composed of a number of different cannabinoids, some are psychoactive, while some are not. When marijuana is absorbed through inhalation of smoke, or ingested when mixed with food, a psychoactive component, Δ-9 THC is taken up by the fat cells and stored. Where over time it is slowly released back into the bloodstream and subsequently excreted in the urine. This is why marijuana can be detected days to weeks after consumption. Additionally this is also the reason withdrawal from marijuana is so rare. The slow release of the Δ-9 THC stored in the fat cells leads to a prolonged taper of excretion from the body.

To even begin to determine the magnitude of intoxication and/or impairment of an individual suspected of being under the influence of marijuana, behavioral tests would have to be performed.

While be it controversial, some states have instituted legal limits for THC blood levels. This is not due to intoxication or impairment, but a zero tolerance policy because in those states marijuana is a not legal, and thus no one should have it in their system.

The Diagnostic and Statistical Manual IV (DSM IV) the diagnostic standard used by mental health professionals use behavioral criteria to diagnose marijuana (cannabinoid) intoxication, and don’t even mention blood levels. Several states in the U.S. have implemented tests to determine if drivers are under the influence, and thus assumed to be impaired, while operative motor vehicles in the same manner as for alcohol. Though the use of blood levels are only supplementary to support what was observed.

As of 2010 there is no reliable method of quantitatively determining if a person is impaired due to marijuana consumption on blood or body fluid concentrations alone. In states that have laws against driving while under the influence of marijuana blood tests are used to support behavioral patterns observed. And given the complex pharmacology of marijuana, and multitude of individual characteristics that determine the impairment or intoxication due to marijuana consumption, it will likely be a long time before we see this technology commercially available.