Often, requests are made for psychological testing as part of the child custody evaluation (CCE) process, and too often, the results are disappointing. The root cause of this is two fold: lack of practicable and executable referral questions and findings that are presented in jargon-based, non-behavioral terms. Frequently, the judge or an attorney, in response to the potentially questionable or alleged mental status of one or both of the litigants seeks psychological assessment without specifying what is sought. Complex results are returned by the psychologist, which dis-cuss emotional and personality functioning with little application to parenting abilities. Re-searchers in a NIMH study (1) published in 2007 state, “the prevalence for any personality disorder in the 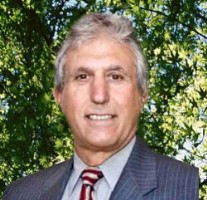 United States is 9.1 percent. …The researchers also found that people with personality disorders are very likely to have co-occurring major mental disorders, including anxiety disorders (e.g., panic disorder, post-traumatic stress disorder), mood disorders (e.g., depression, bipolar disorder), impulse control disorders (e.g., attention deficit hyperactivity disorder), and sub-stance abuse or dependence.” Personality and mental health issues are therefore not uncommon in child custody litigants. The salient question is whether or not these disorders interfere with parenting. The mere presence of a personality disorder or even more significant malady does not signify, a priori, a disturbance in a parents executive functioning and ability to provide for the children appropriately. Given this, what is the appropriate use of psychological testing? What questions can assessment realistically and efficaciously address vis-à-vis parenting that impact upon custody?

• Presence of a major (DSM-IV Axis-I) disorder such as psychosis, schizophrenia or major affective illness such as Bipolar I or II.
• Substance abuse/dependence.
• Impaired cognitive functioning (e.g., due to stroke, closed head injury, dementia or retar-dation.)
• Neuropsychological or neurocognitive impairment (e.g., due to illnesses such as HIV, multiple scleroses, Parkinson’s disease.)
• Impulse control and judgment difficulties.
• Dangerousness (to self or others, e.g., suicidality or homicidal intent).
• Trauma history and PTSD.

Inquiries need to steer away from personality descriptors such as narcissistic style, histrionic traits or obsessive-compulsive features. In fact, these aspects of functioning frequently are asso-ciated with mental health and not psychopathology. These terms tend to be misleading and con-fusing to judges, attorneys and non-mental health professionals due to the pejorative nature of these attributions. Posed questions might more effectively reflect an applied, utilitarian value. For example, if a disorder is present, then:

• Does it interfere with parenting?
• If so, how is such inference manifested and to what extent?
• How often is parental functioning affected?
• Is the condition remediable, and if so, what is the recommended intervention?
• How can the condition be monitored?

The psychological assessment report is more useful when it responds succinctly to these issues with findings presented in a non-technical and easy to understand manner that is clear and specific in its wording. The report will provide greater utility when findings are behaviorally ex-pressed rather than through a diagnostic statement. For example, preferentially, one might state that the parent tends to yell and scream at his/her children rather than first discussing or pointing out the questionable behavior the child manifests and offering the child an alternative way to respond to the situation. Less specific is that the parent becomes readily emotional with little provocation. The psychologist’s shortcut is to diagnose the parent as “histrionic,” which is the least communicative.

When the referral questions are specific and the input requested from psychological testing is clear, then the result of the assessment will be useful and the findings applicable. When request for assessment is generic, the findings reported will be equally vague. You do not go to your physician without conveying a medical problem hoping that he/she will simply discover what ails you nor do you go to the supermarket without an idea of what your require. Perhaps it is use-ful to recall the phrase “garbage in-garbage out.” Originally, an early computer term, it called attention to the fact that nonsensical input produces equally nonsensical output. Psychological testing that serves up a smorgasbord of data is unlikely to provide useful information. Therefore, seek out psychological assessment with specific questions in mind.


By Steven N. Shapse, Ph.D.
Expert Website: http://shapse.com/wp
Call (781) 259-0283
ABOUT THE AUTHOR: Steven N. Shapse, Ph.D.
Dr. Steven N. Shapse is a Licensed Psychologist in the Commonwealth of Massachusetts. He has over 30 years experience in the field of psychology as both a clinician and teacher which includes over twenty years as a forensic expert, psychometrist and child custody evaluator. He regularly presents at state and national associations, and often teaches at the Massachusetts School of Professional Psychology. He is a Senior Supervisor at the Justice Resource Institute Trauma Center and a principal founder and Past-President of the Massachusetts Association of Guardians ad Litem.