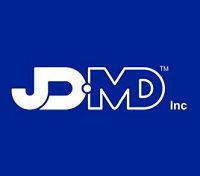 This is the most difficult type of malpractice case to win for the following reasons:

2. Juries might believe that one or two doctors committed malpractice but are reluctant to believe that all the doctors and two or three hospitals were all negligent.

3. Jurors are turned off by what they see as harassment suits against innocent people.

4. The most important reason is that the lawyer for each defendant will make a summation speech to the jury at the end of the case, which means that the jurors will hear multiple arguments against you and only one argument - your lawyer’s - in your favor. That loads the odds heavily against you, and such cases are usually lost.

An airline attendant sued a California dentist for dental malpractice that resulted in her losing most of her teeth. However, in the course of her work, she had been treated by four other dentists in different cities, during and after the poor work done by the California dentist. Her lawyer had an impossible job of trying to sort out who was responsible for what, and he could not drop any of the defendants, because their work was overlapping. She finally dropped her case.

The Rule Is: As your attorney makes discovery and finds out what really happened and who was responsible, you drop your complaint against everybody who was not responsible and try to end up with not more than 1 or 2 opponents in court.

The Doctor Made a “Slip of the Wrist.”

Be careful of the mishap which can be defended as a “slip of the wrist” or unforeseeable accident. We all make honest mistakes, and medicine and surgery are arts and not exact sciences. If the statistical chances of a bad result from the operation you had are 2%, and your doctor testifies that he has done over 200 and yours is the first one he ever had to go wrong, the jury will probably go along with him. No one is perfect, and doctors are only expected to adhere to good and accepted medical practice.

Unless the doctor has persuaded you to go ahead with surgery or treatment on the basis of a promise of specific, good results, such as in Cosmetic Plastic Surgery, the law says that he only undertakes to treat you and does not guarantee any results. However, if there was a Pattern of Negligent Behavior - he was negligent on more than one occasion while treating you - it blocks the simple mishap defense, and your case is much stronger.

The physician who looks and acts the part of the sincere, dedicated, well-qualified doctor, and who is well thought of in the community, can be a tough opponent, no matter what he did. The jury is going to believe his version of what happened, because the jurors like and trust him.

In a case in upstate New York, a neurosurgeon had a patient who died. The doctor was in his 80’s - too old to open somebody’s head - and made terrible errors, which caused the patient’s death. No doubt about it. Technically, it was an open-and-shut case. The widow sued and brought in well-qualified professors in Neurological Surgery and Pathology as her medical expert witnesses. The doctor’s medical expert was a pathologist with dubious credentials, who showed microscopic slides that he said were from the patient but were proven to be from another person and exposed as fraudulent. No matter! The doctor was a beloved old, local character who knew practically everybody in town. The jury was not about to find him guilty of malpractice - and it didn’t.

The Rule Is: Eminent doctors and famous hospitals can usually brush off weak or dubious lawsuits. Juries are reluctant to believe that they would do anything wrong. They are tough opponents and you must have a strong case if you hope to win. One way your lawyer can neutralize local popularity or prestige of a formidable opponent is by a legal maneuver called Change of Venue.