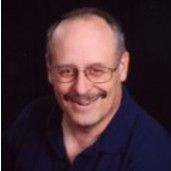 The sense of smell can vary among individuals and numerous factors can affect the sense of smell. It is not unusual for a smell to be described differently by subjects of a group exposed to the exact same smell. The complexities and variability in both an individual’s sense of smell and identification of odors can be problematic in the investigation of odor sources and complaints. Likewise, using and evaluating odor based evidence in fire and explosion investigations can be challenging.

Chemistry of Odors in Fire and Explosion Investigations

Odor issues can be overlooked by the unskilled fire and explosion investigator, which leaves important information undiscovered. The smells observed by emergency responders, witnesses, and people in the vicinity of the incident can be valuable to a fire and explosion investigator. Locating and questioning an y individual that can provide details of smells detected pre- and post-incident can assist in creating a picture of chemical events and possibly aid in identifying a timeline and/or causation.

A methodical approach to investigating a fire/explosion should place significance on observed smells in the immediate area of the incident. Each individual will most likely have differences in scent detection ability, perception, and description. Therefore, it is ideal to question every witness possible about smells sensed so a large group of odor statements can be considered and commonalities found. An experienced investigator is able to facilitate witness questioning that will invoke useful information that will give a full picture of what was commonly sensed at the scene.

Developing a set of data on the location of odors identified by witnesses can also be instrumental in an investigation. Odor thresholds and properties can change as they migrate and interact with the atmosphere, which can give the investigator clues to the events of the incident. Mapping sensed odor locations, and changes in those odors can be easily overlooked by the investigator without a chemistry background or with limited experience. A fire and explosion investigator with a background in odor chemistry can be indispensable in providing a strong picture of the chemical properties, migration patterns and changes that occur and how they impact the incident investigation.

The Chemistry of Smells in Odor Complaints

Odor complaints can be widespread and affect a large area, a confined area, or a very small location. They can occur both indoors and outdoors and with or without symptoms of health effects. Human activities, animals, vehicles, industrial activities, and nature can all be sources of odors. The reaction to unusual odors can be met with anxiety, fear and anger. Odors that emanate from a nearby factory that only occur during the night, or a mysterious foul smell that causes nausea will have people in the area speculating on the health effects and wanting answers. The “unknown” associated with odors is often what causes problems.

Odors can be attributed to specific molecules, a combination of different molecules, or changes to molecules. Identification of those molecule(s) responsible for the odor(s) is crucial when recreating an odor in the laboratory or identifying the nuisance odor itself. The complexities of evaluating odor active molecules require an in-depth understanding of chemistry and molecular interactions as well as meteorological and topographical effects. This understanding will allow an expert to develop sampling and analytical methods for each unique odor complaint incident if needed.

Analysis of odors is complex and requires an expert that has experience in interpreting results and also an in-depth understanding of aroma/odor chemistry. Gas chromatography mass spectrometry (GC-MS) is a common method for characterizing odors. Odorous components will typically display a pattern of chemical peaks that allow the experienced expert to identify and measure the odorous chemical(s). In many situations in odor analysis, the sample is complex.

Headspace GC-MS is an excellent technique used to analyze solid or liquid mixtures of volatile compounds. The headspace is the gas space in the vial above the sample. This technique offers an analysis of the components in the gas. The sample of interest is placed into a closed sampling vessel and is heated using a particular temperature profile. The volatile sample components will diffuse into the gas phase and occupy the headspace. The gaseous are then analyzed in the GC-MS.

Several residents of a community reported a foul odor originating after a release from a nearby waste lagoon. Reports indicated the odor was particularly strong after precipitation in the area. Our team conducted a full investigation, including laboratory experiments to understand the site dynamics. We were able to recreate the odor using hydrolysis experiments and provide the legal team with crucial information to successfully meet their litigation goals by directly providing a jury with the odor that local property owners were being subjected to.

A warehouse operation ended up defending itself in a “contamination” case based on a product rejection due to odor. The plaintiff’s expert performed GS/MS analysis of the product and also of a different product stored in the warehouse. The lack of availability of raw laboratory data, inadequate chains-of-custody and insufficient quality control allowed us to assist the defendant in not only winning their defense but also their counter suit.

Many fire/explosion investigations to determine causation rely on the presence of odorants added to these products to warn when they are being inadvertently released. Witness reports of smelling natural gas are actually relying on smelling the added odorants. Natural gas by itself has no odor. Beyond the previously identified issues of individual variability in odor sensitivity, it is important for the investigator to be aware that some odorants can be impacted by temperature as well as “washout.” Make certain that the specific odorant system used is identified and that these issues are taken into account during a causation analysis based on odor detection or non-detection.Also be aware that these types of products can be transported without odorants, especially by rail.

Any odor related claim or civil suit can be challenging and requires an expert with scientific rigor and also demands a thorough understanding of aroma/odor chemistry and chemical interactions. The team at Gossman Forensics has the experience and chemistry knowledge to design and direct laboratory experiments that will identify and uncover critical information that will provide scientific litigation support. We are able to assist in litigation support by evaluating the issues associated with the odor complaint(s) or release, develop a viable strategy, provide analytical expertise and assess and anticipate the science presented by opposing council.


By Gossman Forensics
Expert Website: https://www.gossmanforensics.com
Call (563) 652-2822
ABOUT THE AUTHOR: David Gossman, Louise Denlinger
David Gossman has a B.S. and M.S. in Interdisciplinary Physical Science, is a Fellow of the American Institute of Chemists (FAIC) and is a Certified Fire and Explosion Investigator (CFEI). Over the last eighteen years he has provided expert witness and investigation services in matters of fires, explosions, chemical releases, personal injury, enforcement actions and similar issues related to litigation support. He is a member of the American Chemical Society, the American Association for the Advancement of Science, the International Society of Environmental Forensics, the National Fire Protection Association, the National Association of Fire Investigators, the Forensic Expert Witness Association and is an Associate Member of the American Bar Association (ABA)-Section of Environment, Energy & Resources and Section of Tort Trial & Insurance Practice. He is a licensed Private Investigator.