From Columbine to Aurora to Boulder: Why? 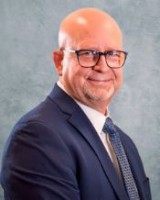 “Killers do not just ‘snap’. They plan. They acquire weapons. These children take a long, considered, public path toward violence.” -USA Today

Columbine 1999 (13 died), Aurora 2012 (12 died), Boulder 2021 (10 died). My heart felt heavy and sad as I watched the news. I probably should have avoided watching the news, as I have often advised others to do, but I didn’t. My emotions readily welling up, as I watched the scenes of people running, people crying, red & blue lights, law enforcement, and spontaneous hugs. Why did I watch? I’m not sure. Maybe to remind myself of my own demons. I am not trying to make a political statement-this is not about gun rights-it’s just what happened. I’m writing because of my own struggle at answering the “Why?”.

I grew up in Colorado, my family is there-my parents, grandparents, and numerous relatives are buried there. My sisters still reside there. I began my mental health career there. I was first licensed as a therapist there. My first job in mental health was there.

I left Colorado in 2000 to come to Washington State. I was in the Army Reserves at the time-my unit was being deployed. I was given the option of going on deployment or finding another unit. Because of family reasons I choose the latter. The only unit I could find was is Seattle-but before I moved I experienced a life-defining event. An event that would haunt, define, give meaning, and shape me for the rest of my life; “Columbine”.

I was working for Aurora Mental Health in the Crisis Services Department when the shooting happened. A week before the shooting, myself and my colleagues had trained in “Critical Incident Stress Debriefing”. We didn’t realize we would be using that training so soon.

I recall the events of April 20th, 1999 as if they happened yesterday. I watched the horrible events unfold in real time. I saw students running out of the school-I didn’t realize what had just happened-no one did. But I, like the rest of the world, would soon learn active shooters were at large.

In days following the shooting, local newspapers and area news made it known that mental health professionals from various agencies were available. We fanned out across the city and County and waited to see who would show up. Soon teachers, students, community members, curiosity seekers, as well as news reporters came. Some to talk-others to process-still others to share their story. One teachers’ story was so vivid and moving, I still recall the details of that conversation today.

In the weeks following, mental health workers from all area agencies were asked to volunteer to walk with students and parents returning to the school. In the fear, confusion, chaos, and mayhem students left backpacks, books, personal items-literally everything and ran. When I arrived at the school hundreds of students, with their parents, were standing outside of every school entrance. As I escorted students and parents into the school-bullet holes were still visible in the walls and ceiling. Each hole circled in red, and numbered.

Some of the students and parents just couldn’t do it-so they turned around and walked away. I remember thinking at the time-if I walked away I wouldn’t have to see the students' faces, see the bullet holes, feel the heaviness in the air-I wanted to run, to just get out…but I stayed.

Hundreds of backpacks lined the floor in the gym-the gym was the last stop for the students as they left the school that day. I don’t recall how many students and parents I walked beside-all I remember, we were at the school most of the morning and late into the afternoon.

During a student/parent escort later that day I exited one of classrooms on the second floor-I noticed several teachers cleaning a storage closet. The storage closet was full of textbooks on gray metal shelves. The teachers were sorting and discarding ones with bullet holes. As I stood in the door way a teacher said, “these books saved lives, had these books not been here the bullets would have gone through the walls hitting students on the other side…. As I turned to walk out of the room, I noticed the library just down the hall. The library was where the majority of the students were killed, and where the shooters, Klebold and Harris took their own lives. I stood there for a brief moment imagining what it must have been like for the students and teachers that horrible day.
I sometimes relive those moments when shootings are in the news, especially when they happen in Colorado. The “why” remains even we understand the reasons. It is true-that memories fade with time. However, there are those memories that last a lifetime-Columbine is one of those for me