The Genus and Species of Copyright 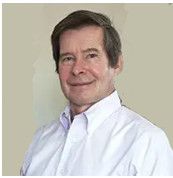 While it is easy to see that a painting on a door or a mural on a wall may be recognized as art entitled to copyright protection without regard to the function of the door or wall, other cases are much more difficult.

Varsity had copyright registrations for designs on cheerleading uniforms. The designs performed one or more functions, such as designating a team or slimming the appearance of the cheerleader. Designs of useful articles, which often combine ornamental and functional aspects have been challenging for courts. The statute, 17
U.S.C. Section 101, provides copyright protection only for features which are separate from the useful aspects of the article. Courts of Appeal and commentators had posited 10 different ways to analyze this separability. Many of these analyses divided separability into two parts: physical and conceptual. Physical separability was determined by whether the work could be removed from the article on which it was originally placed. In the case of the mural, the mural could be removed from the wall and placed on a canvas. Conceptual separability was much harder to define and played a prominent role in the creation of the many different approaches. The Supreme Court stepped in to set a clear standard.

The court said its “task is to determine whether the arrangements of lines, chevrons, and colorful shapes appearing on the surface of respondents’ cheerleading uniforms are eligible for copyright protection as separable features of the design of those cheerleading uniforms.” Justice Clarence Thomas sought to craft a simpler approach to guide the lower courts. First, he discarded physical separability. Then he defined conceptual separability. “The ultimate separability question, then, is whether the feature for which copyright protection is claimed would have been eligible for copyright protection as a pictorial, graphic, or sculptural work had it originally been fixed in some tangible medium other than a useful article before being applied to a useful article.” In other words, if one can imagine the work as nonfunctional in some setting — it could be on a napkin — then the work is separable and can qualify for copyright protection. This is very significant because it means that even if the work is functional as presented to the Copyright Office, it is entitled to registration if it is nonfunctional in some other setting.

Star Athletica argued that only nonfunctional features which do not add to the utility of the article should be protected. Justice Thomas rejected this approach using an analysis based upon the statute’s recognition that “applied art” can be protected by copyright. He pointed out that applied art decorates useful articles. He held that even if the art, as first created, was functional, it did not matter. “An artistic feature that would be eligible for copyright protection on its own cannot lose that protection simply because it was first created as a feature of the design of a useful article, even if it makes that article more useful.”

‘Pictorial, graphic, and sculptural works’ include two-dimensional and three-dimensional works of fine, graphic, and applied art ... Such works shall include works of artistic craftsmanship insofar as their form but not their
mechanical or utilitarian aspects are concerned; the design of a useful article ... shall be considered a pictorial, graphic, or sculptural work only if, and only to the extent that, such design incorporates pictorial, graphic, or sculptural features that can be identified separately from, and are capable of existing independently of, the utilitarian aspects of the article.

Varsity presented the court with drawings and pictures of cheerleading uniforms. Perhaps the same designs could have been submitted for copyright protection in a different context — on a canvas or on a napkin — without any of the functional elements such as collars, arm holes and slimming stripes. But they were not. Applying the first clause would mandate removing protection from the utilitarian aspects such as the collars, arm holes and slimming stripes. Instead, Justice Thomas skipped that clause and went straight to the second clause, separability. He then removed the designs from the context in which they were submitted to the Copyright Office (pictures and drawings of entire uniforms) and searched for any context the shapes could be entirely nonfunctional — such as on a napkin. He held that if there were any such context, the images were separable and protectable. This was achieved only by ignoring the first clause which prohibited any utilitarian aspects from being protected.

To defend his approach, Justice Thomas attacked Star’s position on utility: “Petitioner’s argument follows from its flawed view that the statute protects only ‘solely artistic’ features that have no effect whatsoever on a useful article’s utilitarian function. This view is inconsistent with the statutory text.” The key to this attack was his reliance on the definition of “applied art.” Justice Thomas reasoned that since applied art could be subject to copyright protection, the fact that an article has some utility, as the object on which applied art is placed often does, means that Star was wrong when it argued that only non-useful or artistic features can be protected. This is where Justice Thomas made a genus/species error.

Under the statute only the non-utilitarian aspects of pictorial, graphic and sculptural works are eligible for protection. In the statute, applied art is a subcategory of pictorial, graphic, and sculptural works. Therefore, only the non-utilitarian aspects of applied art are eligible for protection. Justice Thomas’ position that applied art need not consist of purely artistic features (and can still be protected) is contrary to the language of the statute.