The Mental Status Examination Is Not a Scientific Psychological Measure 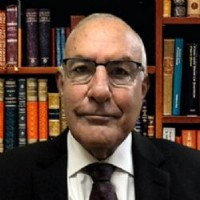 As an expert witness, I often testify at trials and hearings. Part of my testimony often includes reports of scientifically-based, objective psychological tests I have administered. An objective psychological test is scored with no input from the evaluator, rendering the skill level or potential bias of the evaluator irrelevant. Such tests can offer significant diagnostic information, as well as information regarding how the test-taker approached the test. Did the test-taker attempt to appear more mentally ill than he or she actually is? Did the test taker attempt to minimize mental health problems and try to appear more mentally healthy than he or she really is? In administering such measures, the examiner hopes to obtain a valid test result that describes the test-takers current level of psychological functioning.

Sometimes, I have the opportunity to listen to the testimony from the opposing expert, and I have noticed a disturbing and misleading trend in some mental health expert testimony. Experts who failed to administer scientifically-based, objective psychological tests will list “the Mental Status Examination,” or MSE, as if it is somehow equivalent to scientifically-based, objective psychological testing. I consider this an attempt to “snow” the court by making something appear to be a valid scientific test when it is not. Neither judges, juries nor most attorneys know what a MSE is. From its name—Mental Status Examination—it sounds like some sort of procedure that derives some special information beyond the clinical interview. In fact, it is not. The MSE is merely a summary of various findings that occurred during the clinical interview. It is unscientific and is merely a summation of what the examiner learned by asking questions and observing the person being interviewed. The MSE is a useful summary of an individual’s mental functioning, but it is in no way equivalent to objective testing.

What is included in the MSE? Here is a list of topics that are generally summarized in a mental health report under the heading, Mental Status Examination:

Orientation: Does the examinee know who they are; where they are; the time and date; the season; the purpose of the interview; and who the interviewer is?

Judgement: Does the examinee suffer from any impairment of judgment?

Cognition: Is there a thinking impairment, such as dementia or psychosis?

Auditory hallucinations and delusions: Does the examinee hear voices or subscribe to imaginary beliefs as if they are real?

Appearance: Is the examinee well groomed, properly attired and with good hygiene? Features such as beards, hairstyle and tattoos may be described.

Sensorium: Does the examinee have the normal abilities to see and hear?

The Mental Status Examination includes a great deal of very useful information about the examinee. However, all of this information derives from the observational skills and clinical judgement of the examiner. Attorneys and Judges need to recognize that the Mental Status Examination is not any different from the rest of the clinical interview. It is unscientific and is based on clinical training and wisdom. The MSE is both useful and important, but it should never be presented to the court as a substitute for objective and scientific psychological testing.


By Williams Forensic Mental Health Services
Expert Website: http://www.williamspsychologicalservices.com/
Call (888) 886-6589
ABOUT THE AUTHOR: Martin H. Williams, Ph.D.
Dr. Williams is a forensic psychologist who is a Fellow of the American Psychological Association and is licensed in California and Virginia. His practice is Williams Forensic Mental Health Services in San Jose, California. Dr. Williams is court appointed in criminal matters in multiple California counties and testifies in civil, criminal, administrative and family law matters.