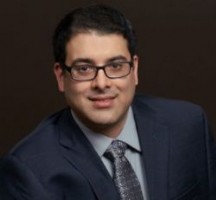 Drug-Facilitated Sexual Assault (DFSA) is the use of drugs and/or alcohol by a sexual predator to render a victim incapacitated and unable to fight back against a sexual assault. A side effect of many “Date Rape” or “Club Drugs” is also anterograde amnesia, the inability to recall what happened while drugged, increasing a predator’s belief he will “get away with it.” Those odds are shifting, but attorneys, Courts, and potential victims are better served if they understand some of the drugs used and their impact on mind and body.

DFSA is more easily prosecuted if reported while the drug is still in the victim’s system and thus testable by a toxicology screen. Each drug has a different deterioration time for detection. Luckily, law enforcement protocols now better respond with urgency to obtain a blood test when a DFSA is reported. The Drug-Induced Rape Prevention and Punishment Act of 1996 provides for more severe sentencing. Public awareness, particularly after the recent Bill Cosby trial, has made potential victims warier of at least the most obvious DFSA attempts.

What, Where and How

Drug-Facilitated Sexual Assault can involve any sexual assault including rape. These predator drugs also go by the name “date rape” drugs and “Club Drugs.” They are any drug that is an “incapacitating agent”[1] which renders the victim vulnerable to sexual assault.

The drugs can come in different forms such as liquid, powder or pill. Each has a different medical profile and behavior in the body. The onset of effects can be 15-30 minutes, and last hours. They typically will decrease inhibition, cause disorientation, impair motor ability, and memory. The drugs can lead to coma or death, particularly if they are mixed.

“Get her drunk,” says one man to another, “works every time.” Alcohol is one of the most common DFSAs because alcohol and the victim’s initial participation are easy to acquire. The use of alcohol to coerce sexual compliance is universally acknowledged in many alcohol-drinking cultures. The victim’s consent, however, stops when her judgment has become impaired. Impairment is a natural side effect of alcohol consumption. Obviously, accepting a drink is not an invitation to be raped.

Alcohol consumption affects judgment by impacting the inaccurate appraisal of a partner’s sexual motives and intentions.[2] It impairs communication and the ability to correct any misperceptions. Alcohol can lead to aggressive behavior, especially relevant when an attacker is also drinking alcohol at the time of the assault. Alcohol impairs motor function, which is why people slur their words, or cannot easily walk in a straight line. They may lose the muscle control to “fight back” effectively.

A tranquilizer, in clinical strengths and for treatment purposes, is a drug used to calm a person, help them sleep or reduce anxiety. Since the 1970’s and 80’s we rarely see the use of Quaaludes (a horse tranquilizer,) in a drug-facilitated sexual assault. It has been replaced as a predator’s drug of choice several times over. The fact is all drugs which sedate can be manipulated by dosage to change a victim’s response. Ambien (Zolpidem) is usually used for sleep; it is also used as a date rape drug because its side effects can be amnesia of events that occur while under the influence of Zolpidem. It reduces reaction time, impairs mental functioning and judgment, and causes confusion, an ideal scenario for a sexual predator.

A class of drugs known as Benzodiazepines or Benzos includes Xanax, Valium, Ativan, Klonopin (clonazepam) and Rohypnol (flunitrazepam.) Like Zolpidem, many of these agents are used to treat sleeplessness and anxiety. They are also commonly used recreationally, making it possible for the assailant to characterize the offered drug as a recreational level of strength, while the predator substitutes a much stronger dose or a different drug altogether.

Rohypnol, or “Roofies” is the most notorious benzodiazepine used to facilitate rape. However, its use has dropped dramatically in the last 20 years, replaced by more sophisticated chemistry. In the past, Roofies were colorless when added to a drink. Roofies now release a dye in the pill which would, if crushed into the drink, alter its color. In a clear liquid, like Vodka, Roofies now generally turn the colorless drink blue if the Roofie is the only drug used. If enough is taken, it can create a state of automatism (actions taken without thought or mental control) or dissociation (a feeling of being separate from reality and what is occurring.) Sleepwalking, for example, is a form of automatism. After the effects of Rohypnol wear off, the victim may not recall what happened while intoxicated. It may result in a woozy hang-over where one will feel sluggish and dizzy and lacking coordination.

Because of retrograde amnesia and confusion, DFSAs are often not reported, making it difficult to statistically identify which drugs are used and how often. In one case, research reported attribution of only 1% of DFSAs to Rohypnol. What is known for certain is that the use of specific date rape drugs of the 1990s has changed.

Gamma-hydroxybutyrate (GHB) is a depressant of the central nervous system, sold under names like G and Liquid X. It is odorless and tastes salty. GHB is used recreationally, and its effects include euphoria, enhanced sociability, increased libido, and disinhibition. One study attributed 4% of DFSA to GHB. While the conclusions are interesting, reliability of the research is not conclusive. Some authorities report GHB use has surpassed Rohypnol. The advantages to a predator of GHB over Rohypnol include its price, availability and that it leaves the body more quickly, making it more difficult to test when an assault is reported to law enforcement. GHB can produce both stimulating and sedating effects. GHB can be neurotoxic and has resulted in fatalities.

Ketamine is a dissociative anesthetic with some hallucinogenic effects. It can be mixed with ease in drinks as it is in the form of a clear liquid or white powder. It is extremely bitter. Ketamine can also be added to a cigarette. It can be mixed with Ecstasy, amphetamines or cannabis. Incidentally, ketamine is emerging as a treatment for depression.

Ecstasy (MDMA) is a psychedelic. While it has been used to commit sexual assault, MDMA is not sedating like the other preceding agents. It is an empathogen and can increase disinhibition and sexual desire. This could limit a victim’s ability for providing reasoned consent. Often Ecstasy is cut with amphetamines or other drugs. Sometimes Ecstasy can contain little or no MDMA.

We know date rape/club drugs are used when there is no social setting at all, although the name implies use on a date, clubbing, partying, or otherwise. Allegations against Bill Cosby, for example, suggest the only requirement is for predator and victim to be in the same room at the same time. In any sexual assault, including with the use of drugs and alcohol, “compliance” (not consensually) by the victim in ingesting the drug is made easier when the assailant earns the impression of trustworthiness by a shared acquaintanceship, personal relationship or even social circle. Women and men on guard against sexual assault are more aware than ever before that they must not assume trustworthiness by association (e.g. a friend of a friend.) That said, drugs of all kinds, including recreational drugs, can mask a more sinister purpose. The buddy system is a good idea for both kindergarteners and clubbers: party with a close friend. Don’t accept, or purchase, drugs from a stranger, and watch your body for an unexpected response. For example, if Ecstasy is sedating, something is wrong. Other tips include drinking slowly, keeping an eye on your beverage from when it’s poured to the last sip and obtaining a fresh drink after leaving it unattended.[3] If you suspect you have been sexually assaulted under the influence of a date rape drug, report it to law enforcement immediately. Even if your recollection is impaired, a rape kit and toxicology screen doesn’t require a lucid memory and is essential to a prosecutor when there has been a drug-facilitated sexual assault and suspected assailants.

[1] “Incapacitating Agent, Department of Defense/Wikipedia”: The term incapacitating agent is defined by the U.S. Department of Defense as “An agent that produces temporary physiological or mental effects, or both, which will render individuals incapable of concerted effort…” See also Butler, B., & Welch, J. (2009) Drug-facilitated sexual assault. CMAJ?: Canadian Medical Association Journal, 180(5), 493–494.

Dr. Adhia is sought as a consultant and expert witness by attorneys about competency, psychiatric damages in civil litigation, impact of drugs and alcohol on behavior, mitigation and damages (civil) including DFSA (date-rape drugs), criminal responsibility and Fitness for Duty though he is qualified to testify about a range of psychiatric topics and has conducted many IMES, review of records and opinions by report including settled cases.