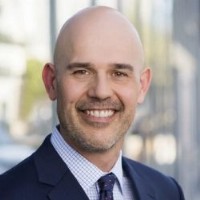 Mitigation evaluations may be conducted on defendants of any age. However, in California, they hold unique importance during high stakes proceedings involving youthful offenders, due to case law and statutory schemes which consider the impact of incomplete brain development (prior to age 26) on crime-related factors, future violence risk, and youthful offender moral culpability. A detailed, comprehensive, and scientifically based mitigation evaluation may significantly impact a youthful offender’s ultimate sentencing disposition.

In Miller v. Alabama (2012), the U.S. Supreme Court held that the 8th Amendment prohibits automatically imposing life without parole, or a functionally equivalent sentence, on a juvenile under 18 who had committed murder. Alternatively, the Supreme Court held that trial courts must “take into account how children are different, and how those differences counsel against irrevocably sentencing them to a lifetime in prison.” The Miller Court identified factors to be considered during juvenile sentencing, often labeled Miller Factors, which include: considerations of a child’s chronological age and its hallmark features, including immaturity, impetuosity, and failure to appreciate risks and consequences; the family and home environment from which the youth cannot usually extricate himself even if it is brutal or dysfunctional; the youth’s role in the crime; and the youth’s potential to become rehabilitated.

Penal Code 3051 governs parole hearings for youthful offenders in California, and holds that a youthful offender parole hearing is required for the purpose of reviewing parole suitability of any prisoner who is 25 years of age or younger at the time of his or her controlling offense. This section of the Penal Code states that in assessing growth immaturity, the Parole Board will consider psychological evaluations and risk assessments, as well as the diminished culpability of the youth as compared to that of adults, the hallmark features of youth, and any subsequent growth and increased maturity of the individual.

In People v. Franklin (2016) the California Supreme Court held that, prior to a sentence of life without parole or its functional equivalent, a defendant whose crime was committed under the age of 23 must have the opportunity to present during trial the types of mitigating factors that would be relevant at a future youthful offender parole hearing. Thus, when such mitigating evidence was not presented during trial, a remand to the sentencing court is necessary to develop a record of youth-related mitigation factors to be submitted at future parole hearings, pursuant to PC 3051.

Youthful offender mitigation evaluations require a careful analysis of the impact on incomplete brain development on the defendant’s behavior during the instant offense. Such an analysis is directly linked to certain Miller Factors and considerations contemplated by PC 3051.

An extensive body of research has demonstrated that brain architecture and connectivity does not fully develop until age 25, rendering the thinking and functioning of youthful offenders fundamentally distinct from older adults. Incomplete brain development, particularly in the frontal lobes, has significant implications for crime-related factors including judgement, values, empathy, impulse control, and the ability to consider long-term consequences.

A Brief Amicus Curiae by the American Psychological Association, filed with the U.S. Supreme Court in Miller v. Alabama, Jackson v. Hobbs (2012), provides a thorough review of the implications of incomplete brain development on juveniles. In brief, juvenile immaturity is a direct result of the inadequate formation in adolescent brains in systems related to higher order executive functions, including impulse control, planning, and risk avoidance. Research indicates that juveniles are less able to restrain their impulses, exercise self-control, consider alternative courses of action, avoid unduly risky behaviors, and consider the consequences of their often-impulsive actions. Juveniles demonstrate an increased vulnerability to negative influence, including peer pressure, a finding consistent with the tendency of youthful offenders, as opposed to older adults, to commit crimes in groups. Importantly, because juveniles are still in the process of forming coherent identities, adolescent crime is typically transient, and is not reflective of a life-long criminal orientation. Because the character of a juvenile is not fully formed (as a result of incomplete brain development), significant personality changes occur during the transition to full adulthood.

The Interaction Between Incomplete Brain Development and Biological, Familial, Psychiatric, and Environmental Factors:

The brain immaturity of youthful offenders interacts synergistically with neurodevelopmental factors to dramatically reduce the offender’s functional maturity and degree of choice when engaging in criminal activity.

A comprehensive mitigation evaluation requires a careful investigation of potential biological insults and a scientifically based discussion of the impact of these factors on functional maturity. Potential biological insults include, but are not limited to, in utero drug and alcohol exposure, pre-mature birth, postpartum depression, brain injuries, toxin exposure, and malnutrition.

The forensic psychologist must take a detailed psychological trauma history, including exposure to community violence. Trauma often disrupts healthy psychological development, is a primary cause of mental conditions including PTSD, and is associated with significantly increased rates of criminal offending.

Youthful offenders may begin a pattern of substance use in the context of corruptive influences, a genetic predisposition, and the need to self-medicate the emotional impact of psychological trauma and/or mental illness. A careful analysis of the impact of substance abuse on the youthful offender’s development is critical, even in cases where active intoxication was not present during the instant offense. This is because substance dependence negatively impact moral and emotional development, judgement, impulse control, and the ability to consider long-term consequences, even outside of active intoxication.

It is important to take a detailed multi-generational family history to determine the familial context the youthful offender was raised in. Family members’ patterns of trauma, incarceration, substance abuse, and mental illness may directly impact the development of a youthful offender via inadequate supervision, corruptive modeling, or the absence of adequate nurturance and discipline.

Due to a complex array of factors, individuals in the criminal justice system frequently present with below-average intelligence as well as neuropsychological impairment. Thus, neuropsychological testing is frequently a critical component of a mitigation evaluation, even when a neurological condition or head injury is not present.

Finally, to synthesize findings regarding neurodevelopmental factors, it may be helpful to draw upon the research of Hawkins et. al (2000). Hawkins identified a number of developmental arenas and associated specific factors that have a cumulative effect on the risk for juvenile delinquency and serous youth violence. An analysis of Hawkins’ research may support the quantification of the degree to which a juvenile presented an increased risk for criminal offending compared to similarly aged peers, due to environmental and neurodevelopmental factors, many of which the juvenile offender may have had no direct responsibility for.

In certain mitigation evaluations, a forensic psychologist may be requested to assess the defendant’s risk for re-offense. It is critical that the court understands the great body of statistical research indicating that the vast majority of juvenile offenders, even those who commit serious crimes, desist criminal activity as they enter into adulthood. As described in the APA amici curiae, some degree of criminal and antisocial behavior is indeed normative during adolescence as a consequence of brain immaturity and “both violent crimes and less serious offenses peak sharply in adolescence and drop precipitously in young adulthood.” Research by Steinberg et al. (2015) outlines the developmental processes associated with juveniles’ desistence from criminal activity including the development of increased impulse control, perspective taking, and responsibility.

During a youthful offender mitigation evaluation, a violence risk assessment requires a prediction of the risk for recidivism after the offender’s completion of a prison sentence. Often, the lowest possible prison sentence is lengthy enough that the youthful offender will have the opportunity for full brain maturation to occur prior to release. Thus, the impact of brain maturation on violence risk must be carefully considered. When conducting such an analysis, a forensic psychologist may draw upon the base rates of re-offense among groups of prisoners with features similar to the defendant, in order to arrive at a statistically based assessment of future offense risk. Factors that may be considered include, but are not limited to, age at offense, age at release, type of offense conviction, behavior in prison, prior arrests, prior prison sentences, and time served in prison.


By Teo Ernst, Psy.D., ABPP
Expert Website: pfgexperts.org
Call (415) 385-9701
ABOUT THE AUTHOR: Teo Ernst, Psy.D., ABPP
Dr. Teo Ernst is a clinical and forensic psychologist, licensed in California and Washington State. He is one of fewer than 35 psychologists in California who have undergone the rigorous training and examination process necessary to obtain Board Certification in Forensic Psychology from the American Board of Professional Psychology. Dr. Ernst is an Assistant Clinical Professor in the UCSF Department of Psychiatry where he provides clinical training and supervision on a volunteer basis. Dr. Ernst has specialized expertise in the Assessment of Post Traumatic Stress Disorder, Occupational Evaluations, and the Assessment of Competency. He is additionally frequently retained to conduct a diverse range of civil evaluations and criminal evaluations.