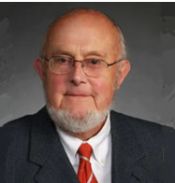 Expert WitnessForensic ExpertLitigation SupportSpeaker
Brian Crowley, M.D., D.L.F.A.P.A., a forensic and clinical psychiatry expert and a Yale Medical School graduate, specializes in Psychiatry, Forensic Psychiatry, and Psychoanalysis. He is Past Chairman of the Department of Psychiatry at Suburban Hospital in Bethesda, Maryland. He is a member of the American College of Psychiatrists. A Distinguished Life Fellow of the American Psychiatric Association, he served on the APA Board of Trustees from 2010 to 2016. A Professor of Psychiatry at Uniformed Services University of the Health Sciences, he has served as consultant to attorneys, examiner, and expert witness in state and federal courts and in courts-martial.

With a background of awards for his work in the Department of Defense, he serves as civilian expert in Courts Martial and is available in that capacity worldwide.

Dr. Crowley can serve as psychiatric consultant, examiner, and expert witness in most types of civil and criminal cases in state courts, as well as in federal courts and courts martial.

He has experience on matters of all kinds where state of mind is at issue. His recent cases have involved issues of: malpractice; fitness for duty; security clearance; personal injury; sexual harassment; testamentary capacity and undue influence; PTSD; trauma and stress; sexual misconduct by professionals; stalking; hospital standards; dangerousness assessments in the workplace; fitness for duty; criminal responsibility; competence for trial; presentencing recommendations to Court; eligibility for release from incarceration.

Dr. Crowley, a Yale Medical School alumnus and graduate of the Washington Psychoanalytic Institute, has been practicing psychiatry-- clinical, forensic, and administrative-- for over fifty years in the Washington, DC, area.

In his forensic practice, which is both extensive and varied, he has served as psychiatric consultant, examiner, and expert witness in many types of civil and criminal cases, in the courts of several states (CA, DC, FL, KY, LA, MD, MI, NC, NJ, NV, NY, OH, PA, SC, TN, TX, VA, WI, WV, WY) as well as in federal courts and courts martial. He has worked on matters of all kinds where state of mind is at issue. His recent cases have involved issues of: PTSD; security clearance ;malpractice; personal injury; stalking; sexual harassment; testamentary capacity; sexual misconduct by professionals; hospital standards; dangerousness assessments in the workplace; fitness for duty; criminal responsibility; competence for trial; presentencing recommendations to Court; eligibility for safe release from incarceration; Courts Martial.
Currently all forensic and clinical services are provided by telemedicine. Hearings are done remotely by Zoom or Webex.

Dr. Crowley is a Scientist at The Center for the Study of Traumatic Stress, and has worked with the NIH/USUHS clinical research team leading in the study of PTSD and other stress disorders. He served for 20 years at the Department of Defense's Deployment Health Clinical Center at Walter Reed, for which in 2001 he was awarded the Army Certificate of Achievement by the Commanding General, North American Regional Medical Command. And in 2010 he was honored with Certificate of Appreciation for Contribution to the Defense Centers of Excellence for Psychological Health and Traumatic Brain Injury, presented by Loree K. Sutton, M.D., Brigadier General, Medical Corps, USA, Director DCoE.

In the American Academy of Psychiatry and the Law, he served on the Executive Council from 2007 to 2010, and earlier on the Committee on Peer Review of Psychiatric Testimony. For three terms he was Chair, Guttmacher Award Board, the joint committee of the American Psychiatric Association and American Academy of Psychiatry and the Law which annually judges and awards the prize for the best contribution to the literature of forensic psychiatry. From 2004-2010 he served on the Isaac Ray Award Committee.

Dr. Crowley has often served as consultant, examiner, and expert witness for attorneys in most types of civil and criminal cases in state and federal courts, as well as in courts martial.

He has qualified as an expert in a number of jurisdictions, from Maryland and D.C. to California, from Michigan to Louisiana, Texas, and Florida, and enjoys traveling to meet the demands of suitable cases.

With his background of awards for his work in the Department of Defense, Dr. Crowley has served as civilian expert in military courts martial.

American Academy of Psychiatry and the Law:
Executive Council, 2007-2010
Committee on Peer Review of Psychiatry Testimony, 1995-2001

"Law and Psychiatry: Assessing Civil Competence," Journal of Psychiatric Practice, November 2006, Vol. 12, No. 6, pages 402-405
"Assessing Civil Competence: A Case Vignette," in American Academy of Psychiatry and Law Newsletter, September 2006, pages 14-15
"The Assessment of Danger in Everyday Practice" and "Measures to Take After Diagnosis of Violence or Danger" Psychiatric Times, June and July 2003
PTSD and Trauma (with USUHS Team)

Attorneys with whom Dr. Crowley has worked recently include:

The Psychiatrist in the Security Clearance Process

Psychiatrists are asked to participate in the security clearance process in either of two ways.