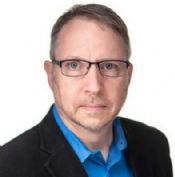 Expert WitnessForensic ExpertSpeaker
Mr. David Burgess is an engineer and researcher. His areas of expertise are telecommunications, radio-location, radio-navigation, cellular networks, and cellphone intercept and tracking systems. He has more than 20 years of experience as a practicing in these areas in both civilian commercial companies and in military/government applications.

Expert witness or consultant for plaintiff or defense.

He was the primary author of OpenBTS, a widely used tool for cellular technology education, cellphone testing, cellular security research, and basic cellular service in some public networks. He developed the signal analysis and target location algorithms and software for cellphone tracking systems used successfully by US special forces in combat operations and has worked on several US government projects in the area of telecommunications intelligence collection.

Mr. Burgess currently directs a company that develops cellular network equipment and test equipment, and supports mobile network operators in the design and deployment of their cellular networks. Prior to this commercial work, he worked for 10 years on US government projects to intercept and track cellular handsets and other radio equipment.

Mr. Burgess has held Secret and Top Secret security clearances at various times in his career.

Mr. Burgess has conducted several training sessions in cellular technology and security, for corporations and for US government personnel. He has also conducted the follow publicly-announcing workshops:

United States Patents
These are US patents where Mr. Burgess is named as an inventor.
Some of these patents are also filed internationally.

Many of the calls I get from attorneys are requests for the analysis of cellphone records to determine the location of a phone at some given time. The analysis can provide useful information, but poor application of standards is threatening to ruin a valuable type of evidence.

Proactive SMS and a Claim of Distracted Driving

From time to time, an attorney will request cellphone activity records from a mobile operator, and those records will show some text messages to and from strange numbers. There is a good chance that the person who uses the phone never sent or saw these messages. And if this happens in the middle of a legal case where cellphone activity is an issue, the resulting confusion can be a source of doubt and error.