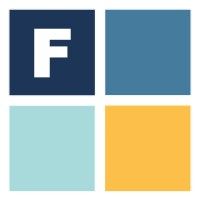 Analysis of mechatronic and automation systems including hazard and warning analyses, process and design FMEA, dynamics, kinematics, and vibration analyses.

Consulting in many areas including dynamics and controls, machine vision, mechatronics, photogrammetry, robotics, wheeled-inverted mobility systems, and many other engineering disciplines.

Litigation support and expert witness services in patent, product liability, and contract disputes. Finity Engineering associates have been recognized as expert witnesses in Federal and State courts, as well as by the International Trade Commission, US Patent and Trademark Office, and US Customs and Border Protection.

Finity Engineering provides litigation support and expert witness services in patent, product liability, and contract disputes. Finity Engineering associates have been recognized as expert witnesses in Federal and State courts, as well as by the International Trade Commission, US Patent and Trademark Office, and US Customs and Border Protection.

Exemplary cases for which Finity Engineering Associates have provided expert witness and litigation support services include:

AUTOMATED SORTATION SYSTEM PATENT DISPUTE
Opex, a US-based manufacturer of automated put walls, asserted patents in the ITC against HC Robotics. At issue were questions pertaining to how delivery vehicles circulate throughout the sortation system. After detailed inspections, and rigorous reviews of the patents-at-issue, file histories, and prior art, Finity Engineering Experts provided opinions on infringement, validity, and domestic industry.

?SOFTWARE ANALYSIS OF CRAWLER CRANE
A construction crane manufacturer sought to preclude importation of a competitor's crane. At issue in the dispute was the behavior of the counterweights in response to commanded motion of the payload. An in-depth review of the software provided the needed insight to adjudicate the case.

CRANE TIP-OVER & CATASTROPHIC INJURY
A crawler crane tipped over while engaging in a tandem lift, resulting in the counterweights of the crane falling onto the operator cab. This caused severe injuries to the operator. Engineering analyses were conducted to determine the susceptibility of the crane to tipping over during the tandem lift, whether or not there were defects in the counterweight restraint design, the duration of the tip-over sequence, and whether or not the operator was presented with adequate warnings about the falling counterweight hazard.

GANTRY CRANE BRAKE FAILURE
A gantry crane operating at a shipping port subjected the operator to a rapid and unexpected stopping motion when the emergency brakes improperly actuated, thereby causing an injury. A review of the maintenance and incident history logs, together with the operation and maintenance manuals, operator's pre-operational check list, and deposition transcripts of maintenance personal was conducted to determine if the brakes presented an unreasonably dangerous hazard to the operator.

SENSOR ANALYSIS OF ATM MACHINES
Manufacturers of ATM machines litigated a patent at the ITC. At issue was whether or not certain ATMs processed checks using specific types of sensors. Results from software reviews, together with physical machine testing, were used to inform opinions about infringement.

ALLEGED HOVERBOARD PATENT INFRINGEMENT
A manufacturer of hoverboards was accused of infringing multiple Segway patents. Detailed engineering analyses of both the accused products and domestic industry products were conducted to inform opinions. Analyses included machine vision-based 3D motion tracking experiments, as well as disassembly of the accused products in order to inspect certain components at issue.

MACHINE VISION ALGORITHM FOR CHECK PROCESSING
The patent of an ATM manufacturer was subjected to an IPR at the PTAB. At issue were claims relating to a check image processing algorithm, and whether or not these claims were obvious in light of selected prior art. An element-by-element comparison between the claims-at-issue and the prior art was conducted to form opinions.

OFF-ROAD SEGWAY INCIDENT & CATASTROPHIC INJURY
A falling incident involving an off-road Segway personal transporter resulted in catastrophic injury to the rider. Litigation support for this case involved inspection of the Segway source code, with specific attention to the traction control algorithm and other algorithms related to balance and traction, an extensive analysis of the dynamics of wheel-slip, and a dynamic analysis of balance control. Results from these analyses provided a basis for opinions of what factors were causal to the incident.

ON-ROAD SEGWAY TOUR RESULTS IN SEVERE INJURY TO RIDER
A falling incident, which occurred in rainy conditions, involving an on-road Segway personal transporter resulted in severe injury to the rider. Litigation support included a survey of the incident site to document proximal slopes, dimensions, and surface material that may have increased the propensity for wheel-slip.

ON-ROAD SEGWAY TIP-OVER RESULTS IN SEVERE INJURY TO RIDER
A patron of a Segway entertainment company was riding the device around a paved Segway-specific track when, while turning, the rider was thrown from the device, sustaining severe injuries. A warning analysis, together with a hazard analysis, informed opinions about contributing causal factors of the incident. Aspects of the device, such as its motor power control algorithm, wheel-slip dynamics, traction control algorithm, turning dynamics, and balancing control algorithm were considered.

PAVING MACHINE PATENT CHALLENGED IN THE PTAB
Certain claims of a paving machine patent were challenged in the PTAB as being obvious in light of specific prior art. An element-by-element analysis was conducted comparing the challenged claims to the prior art. Additionally, an analysis of the specification was conducted to determine whether or not certain proposed alternate claims would be supported by adequate written description.

OFF-ROAD SEGWAY TOUR & SEVERE INJURY
An individual engaged in an off-road Segway tour was severely injured when the device, while ascending a hill on a gravel road, fell over. An assessment of the operator training provided by the tour company was conducted and compared to the training recommended by Segway. Additionally, a hazard analysis was conducted. These analyses informed opinions about causal factors.

DEFECTIVE WAREHOUSE AUTOMATION
A multi-million-dollar warehouse automation system was the subject of a contract dispute. The purchaser alleged that the system was defective, unable to execute the most basic and fundamental functions. Litigation support included documentation of the system's functional requirements as set forth in the contractual documents, and then developing and overseeing testing for evaluating against these requirements. Litigation support also included examining the testing processes of the supplier, and comparing these to relevant industry standards.

AUTOMATED COW MILKING MACHINE – CLASS ACTION SUIT
A class-action lawsuit was litigated against DeLaval - a manufacturer of a robotic automated cow milking machine. Litigation support included an analysis of the system's functional requirements, and aspects of the system that inhibited the machine from fulfilling those requirements. A statistical analysis was conducted to calculate the probabilities of critical functions being successfully completed by the robot. The case was settled for $55 million.

SEGWAY FATALITY
A rider was fatally thrown from a Segway while operating the device on a pier in fair weather. Litigation support included inspection and testing of the incident device to determine whether or not it was in good operating condition, and whether it was maintained properly.

ROBOTIC VACUUM PATENT INFRINGEMENT
iRobot, a manufacturer of robotic vacuum cleaners asserted several patents against SharkNinja in the ITC. Finity Engineering experts opined on invalidity, non-infringement, domestic industry, and secondary considerations of non-obviousness. Opinions were based, in part, on experiments that were conducted with the accused products, domestic industry products, and prior art products. At issue were claims related to user-facilitated map-generation.

CRANE TIP-OVER FATALITY
While in use for assembling a wind-turbine, a mobile boom crane tipped over. The tip-over event resulted in the counterweights dislodging from the crane base, then striking the operator cab. The operator was fatally injured. Litigation support for this case involved analyzing the data logs of the crane to determine critical states of the crane in the moments preceding and following the incident.

RECREATIONAL VEHICLE ACCIDENT & PASSENGER INJURY
A passenger riding in a side-by-side recreational vehicle suffered significant lower body injuries that required numerous surgeries after the vehicle ran into a tree. A Finity Engineering expert specializing in interior design of automobiles served as an expert witness for the case, opining on the design of the vehicle's interior as it relates to safety for tall passengers.

SINGLE-WHEEL PERSONAL TRANSPORTER PATENT DISPUTE
A patent owner asserted a patent against a manufacturer of single-wheeled personal transporters. Issues of dynamic balance control, enablement, obviousness, and non-infringement were opined upon by a Finity Engineering associate.

Collectively, Finity Engineering professionals are named inventors on over 60 patents.

Advanced degrees from Georgia Tech, MIT, the University of Cambridge, Stanford, Purdue, Princeton, and others, in the fields of industrial, mechanical, aerospace, electrical, and biomedical engineering, as well as physics, product design, and other related engineering disciplines.