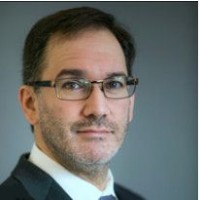 Expert WitnessForensic ExpertLitigation SupportSpeaker
Jason Frankovitz is a software engineering expert and patent holder with more than 30 years of experience. He has consulted on more than ninety-five lawsuits and investigations and has testified under oath more than twenty-five times in state and federal court. His has significant experience in social media class actions such as BIPA in Illinois and CUBI in Texas. His broad expertise includes infringement of software patents and copyright, trade secret misappropriation, and software programming best-practices. His specialties include GNU/Linux (and other open-source projects), version control/release management, Internet systems, gaming, digital prepress and mobile programming.

As a programmer, CTO, and inventor, Jason Frankovitz has been in the trenches of technology for more than 30 years. He has worked as a software developer, engineering manager, and system architect in a wide variety of industries including e-commerce, digital entertainment, mobile computing, and social media. He has launched multiple Internet startups using cutting-edge technologies like cloud-based server scaling, machine learning (AI), and personalized ad targeting. Jason's first startup, itList.com, was the first online bookmark site on the Web and created significant prior art used in multiple patent cases; he also holds a patent for technologies developed by his second startup, Seethroo. For several years Jason taught at San Francisco State University, and was a mentor for software development interns from ENSEEIHT, a major engineering school in France. He is employed by Quandary Peak Research, a software investigation firm, and is based in Los Angeles.

Jason Frankovitz in the Social Networks

Mr. Frankovitz has served as software expert in more than ninety cases, including many patent infringement cases.

"Mr. Frankovitz is a top IT professional. I was impressed how quickly he came to understand the rather complicated situation my client was facing. His testimony at trial was clear and concise and, as indicated by the jury post-verdict, he connected with them very well. I would definitely use him again in my next case." — Yosef Peretz, Peretz and Associates

"We thought you were very effective... one of the tech jurors I told you about was aloof for most of the witnesses, but he really picked up when you were testifying and actually looked at you. Normally he just stares into space... you were well prepared before taking the stand. We would definitely use you and Quandary Peak Research again for tech matters." — John, California attorney