Need an Expert? We Can Help You 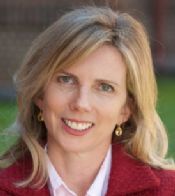 Laura Davies, Board Certified Child, Adolescent, & Adult Psychiatrist, has practiced evidence-based medicine and advocated for policy throughout her career, including international government service, private practice, and expert witness trial representation. For the past two years, Dr. Davies served the United States Department of State as a Regional Medical Officer - Psychiatrist stationed in Moscow, Russia. With responsibility for 14 American diplomatic missions in the former USSR, including 11 embassies, Dr. Davies utilized her psychiatric expertise in service of over 1,500 U.S. government personnel, advising Ambassadors and Chiefs of Mission on issues of mental health, emergency preparedness, morale, and crisis management. While abroad, Dr. Davies was chosen as a featured speaker at the Serbsky Russian National Psychiatric Forensic Institute International Conference.

Dr. Davies has also testified as an expert witness in many different courts throughout the United States covering a multitude of issues. She has testified in over 16 trials and been deposed over 75 times. She has worked on civil and criminal cases, as well as working on the implementation of consent decrees obtained by the United States Department of Justice. Her fluency in Spanish has been an asset for work in Puerto Rico and California.

All states. Based in San Francisco, California.

Over 20 years of clinical experience including high level program assessment.

Over 75 depositions.
16 trials as an expert, both immigration and criminal.
Multiple tours with the United States Department of Justice, including submission of formal reports.

Diplomate, American Board of Psychiatry and Neurology, with Subspecialty Certification in Child and Adolescent Psychiatry