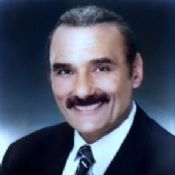 Expert WitnessLitigation SupportSpeaker
Michael Levine, during his decades of trial experience has qualified as an expert witness, for both prosecution and plaintiff as well defense, in federal and state courts in 19 states, Puerto Rico and 8 foreign nations. Since 2012, he has been called upon by two major Metropolitan Area District Attorney's Office is to review police involved shootings and testify before grand juries. He offers full trial consulting and investigative services in both criminal and civil matters: Expert Witness File Review and Strategy Assessment; Case Particular Design of Cross-Examination "menus" for law enforcement officers; Investigative and Technical and Research Support; Expert Witness Report and/or Affidavit Preparation.

Case Assessment-Strategy and Discovery Advice
Mr. Levine will utilize his years of training and courtroom experience as a DOJ supervisory officer, Internal Affairs Supervisory officer, Police-involved shooting expert- consultant for two major district attorneys offices, Inspector of Operations and case agent to carefully assess your matter. His advice as to discovery matters and strategy alone has often led to out-of-court agreements (civil and criminal) that were quite satisfactory to his clients.

Expert Witness Reports and/or Affidavits and/or Testimony
Mr. Levine is a highly skilled, widely published professional writer. Over 90% of his civil cases have been settled satisfactorily for his clients without trial on the basis of his written reports and affidavits.

Design of Cross-Examination and/or Deposition Question and Answers
Mr. Levine's years of intensive hands-on experience on the streets and in the courtrooms (criminal and civil) and his insider's anatomical knowledge of law enforcement operations, combined with devastating effect in the design of his cross-examination "menus aimed at law enforcement officers and supervisors. During his trial consulting career, cross-examination planning by Mr. Levine has had profoundly dramatic and satisfactory courtroom results for his clients.

Investigative and Research Support
Michael Levine, a trial consultant and licensed Private Investigator, is also currently active as an international police instructor for the US State Department, journalist and investigative researcher. He maintains a database of more than 300 court-qualified law enforcement experts and investigators worldwide, colleagues with whom he consults on a case-by-case basis.

Security Consulting
Trained in plant and personal security review by Department of Justice and Secret Service. Served as a security consultant to the Internet Pharmaceutical Industry.

Media and Technical Consulting
Mr. Levine has been a consultant and on-air expert for in excess of 200 radio and television shows.

Michael Levine will utilize his training and experience as a DOJ supervisory officer Inspector of Law Enforcement Operations (assignments that demands its occupants to be experts among law enforcement experts), to review and carefully assess your matter, in the same manner, it would have been done for a prosecutor and/or top law enforcement administrator. Special reduced rates available for CJA, municipality and Public defenders

Michael Levine is one of the most decorated Supervisory Agents in the history of the Drug Enforcement Administration. A US Law Enforcement Procedure Expert, Mr. Levine has many decades of courtroom experience (civil & criminal) as a Trial consultant and Expert Witness, including 25 years of service with DEA, Customs, BATF, and the IRS Criminal Investigations Division. Mr. Levine's supervisory and other law enforcement experience includes being in command of task force units combining officers of FBI, BATF, IRS, Customs, NYPD and other police agencies, service as an Internal Affairs supervisory investigator, a senior inspector with the Department of Justice OPR, Office of Professional Responsibility, and Director of a sheriff's department drug bureau.

Mr. Levine, during his decades of trial experience, both as a senior law enforcement officer including the past 30 years as a professional trial consultant, has qualified as an expert witness for both prosecution and plaintiff as well defense, in federal and state courts including 19 states, Puerto Rico and 8 foreign nations. He offers full trial consulting and investigative services in both criminal and civil matters as follows: Expert Witness File Review and Strategy Assessment; Case Particular Design of Cross-Examination "menus"; Investigative, Technical and Research Support; Expert Witness Report and/or Affidavit Preparation. Utilizing his extensive experience as a Supervisory Internal Affairs Investigator, he can also identify the elements of probable cause indicative of false reporting, cover-up, and the concealment of Brady materials. Since the year 2007 he has been retained by the Atlanta and DeKalb County District Attorneys Offices, to conduct police-involved shooting reviews and as such has testified before criminal grand juries leading to the indictment and conviction of law enforcement/violators.

Mr. Levine specializes in full trial consulting services and expert testimony in criminal and civil matters and has testified as an expert in the following areas of expertise:
-Use of force and use of force continuum, including reasonableness, excessive force up to and including deadly force
-Undercover Operations
-Police Misconduct
-Informant recruitment, Management and Corroboration (attorney general's guidelines)
-Investigative Procedures, including but not limited to, advanced interrogation and interview tactics, evidence handling, report writing and documentation of all procedures
-RICO
Title three investigations and other electronic eavesdropping devices
-Asset Seizures
-Narcotic/Drug Enforcement (all areas)
-Undercover use of informants to entrap
-Internet Drug Trafficking
-Blind Mule Defense
-Undercover procedures related to Internet child predatory practices
-Undercover Entrapment (all areas)
-Smuggling
-Money laundering
-International drug trafficking practices and mores
-Police Misconduct
-Official Corruption
-Reasonability of Arrest tactics including but not limited to raids and the execution of search warrants
-Cooperation deals

A listing of his cases may be found on his website www.policetrialexpert.com

Michael Levine is the only US law enforcement expert ever admitted to testify before a Japanese court, (Japan v Goldstein) and used the Blind Mule Defense, which resulted in an acquittal. He is a best-selling author, media consultant, lecturer and police instructor with extensive experience as court-qualified expert witness and trial consultant in civil and criminal matters.

Since leaving the Department of Justice, he has been retained in excess of 500 occasions as a trial consultant/expert witness throughout the United States, Canada, England and Japan. Mr. Levine has also remained active as a police instructor in the US, Canada and Australia. In January of 2008, his police instructional manual "Undercover Tactics and Informant Handling" previously written for the Department of Justice, was published by the New York State Department of Justice Services and utilized as an instructional manual for New York State law-enforcement. The manual was subsequently edited and republished by the US State Department for the instruction of Brazilian Federal Police which was conducted by Mr. Levine and his team of US-based experts. The manual was subsequently republished via academia.edu from where it is now among the top .05% of Global downloads by police agencies, attorneys and researchers.

November 1, 2019 Update: Dekalb County, Georgia. Civil Grand Jury (Police Involved Shooting) – Testified for prosecution:
Mr. Levine aided DA's investigators in follow-up investigation in 2015, then testified before the DeKalb County Grand Jury as an expert for the District Attorney's Office in its recommendation that this matter be sent to a criminal grand jury. Case: in the police-involved shooting of Anthony Hill, by Officer Robert Olsen. Retained by the Dekalb County District Attorneys Office. GJ recommended that officer Olsen case be forwarded to criminal grand jury for a criminal indictment.
Outcome: On October 14, 2019, Olsen would be convicted in criminal court, Dekalb County Georgia, of criminal assault, violating the oath of his office and making a false statement. November 1, 2019, Olsen was sentenced to serve 12 years in prison.

1994-1995 - Advisor to Mayor Dinkins
At the request of Mayor David Dinkins, Michael Levine served on a select task force whose focus was the formulation of laws that would increase the security at New York City's 25,000 Automatic Teller Machines.

1973 - 1990
Drug Enforcement Administration- FBI/DEA Task Force. Vice President's Task Force- Other positions held were numerous including diplomatic posts in South America. I was considered one of the highest decorated supervisory agents in the agency's history.

Michael Levine's combined careers in federal, state and military law enforcement and his career as a trial consultant and expert witness have contributed to the acceptance of his expert witness testimony in federal, state courts in 19 states, Puerto Rico and 8 foreign countries. He was the first US law enforcement expert whose testimony was accepted by a Japanese Court.

His advice as to discovery matters and strategy alone has often led to out-of-court agreements (civil and criminal) that were quite satisfactory to his clients. In excess of 90% of his civil cases have been settled satisfactorily for his clients, without trial, on the basis of his written reports and affidavits. During his trial consulting career, cross-examination planning by Mr. Levine has had profoundly dramatic and satisfactory courtroom results for his clients.

The most effective expert witness and trial consultant for your case should have a demonstrable record of accomplishment both in the field as a law enforcement officer and in the courtroom as a trial consultant and expert witness. A good litigator will want to know what exactly your expert "did" to attain his standing, not what job he held or what degree he has. He will delve into the "substance" beneath the print of your expert's CV.

Michael Levine's career of accomplishments and professional expertise have withstood the rigorous examination of some of this nation's top trial attorneys.

Michael Levine was considered among the most highly decorated agents in the history of DEA. A complete list of his more than 70 law enforcement awards & citations, which include citations received from federal prosecutors for providing outstanding expert testimony.

Currently a NY State Police Instructor and Independent lecturer in the following subjects:
- Effective Use of Law Enforcement Experts - for Attorneys
- The Blind Mule Defense (unwitting criminal participation) - for Attorneys
- Informant recruitment, management, corroboration and protection (for police and attorneys)
- Investigating the Crime of Drug/Narcotic Trafficking (domestic and international)
- The Use of Undercover Tactics and Informants for Entrapment
- The Drug War (behind the scenes)
- Undercover Tactics in Business

Michael Levine is the author of the NY State Police training manual "Undercover Tactics and Informant Handling," a manual that is currently in use by the US State Department. His accomplishments in law enforcement have been chronicled in numerous books and articles.

Some of his trial consulting cases involving the use of criminal informants are the focus of Informant Law Desk Book by Dennis Fitzerald Esq. ( widely used by defense attorneys).

He is also the author of the New York Times best-seller, Deep Cover and national best-seller The Big White Lie (used as textbooks and references by police law enforcement, lawyers and universities), Fight Back (recommended reading by Clinton Drug Policy Office).

Michael has authored essays featured in After Prohibition and the National Press Club award-winning book on media and government Into the Buzz Saw, edited by Kristina Borjesson.

Additional Training:
During my career in government, I was exposed to extensive training in many areas involving covert operations, law enforcement, intelligence gathering and foreign service.

Blind Mules-Fiction or Fact - What Defense Attorneys Need to Know

The tactics used by drug traffickers, gun runners, terrorists and criminal informants to seduce unwitting and/or gullible dupes into the commission of crimes, in most cases, due to criminal defense attorneys not understanding the inner workings of the seduction process,(detailed in this article) result in convictions and/or guilty pleas.

The mishandling of informants by unqualified law enforcement and covert agency personnel at the highest levels of management, has led to horrific tragedies, from the killing of innocent citizens and false arrests to the opening of the heart of America to terrorist actions.