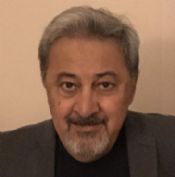 Expert WitnessForensic ExpertLitigation SupportSpeaker
Pogos H. Voskanian, M.D. specializes in the application of scientific and clinical expertise to legal issues in legal contexts embracing civil, criminal, and correctional matters. He is a Clinical and Forensic Psychiatrist certified by the American Board of Psychiatry and Neurology, and is Associate Professor of Psychiatry.

Dr. Voskanian is an associate professor of Psychiatry at Drexel/formerly MCP Hahnemann University Medical School, where he directs and teaches the Psychiatry and Law Program. Dr. Voskanian has extensive clinical and forensic experience. He has served as the program director of the Philadelphia Prison System Mental Health Services, and has also served as the director of Psychiatry and Law program at the Medical College of Virginia. He is active in multiple professional organizations and serves on various committees.

Currently in private practice, he consults for Forensic Aftercare Programs in Philadelphia, provides treatment for dually diagnosed patients and has an extensive clinical practice. He is also consultant for State of New Jersey Department of Human Services, and State of Pennsylvania Bureau of Professional and Occupational Affairs.

Teacher of the Year Award, MCP Hahnemann University/Drexel University College of Medicine, Department of Psychiatry, 1999-2000 and 2001-2002

Competency to Make a Will: Testamentary Capacity & Undue Influence

Wills are generally contested either on the grounds that the testator lacked Testamentary Capacity (was incompetent to make a will at the time of signing it) or the testator, because of his/her mental state, was subject to Undue Influence (i.e. if there is evidence of coercion, manipulation, deception, compulsion, intimidation, etc.) or an Undue Influence secondary to a thought disturbance (such as delusions affecting the testator's free will in making decisions).