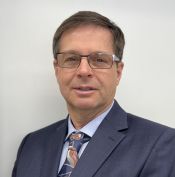 Expert WitnessForensic ExpertLitigation SupportSpeaker
Roger Wilson, P.E., is a licensed engineer, expert witness, and independent forensic consultant, with over 35 years of experience; over 30 of which is in engineering.

Mr. Wilson provides professional engineering services such as claims investigations, litigation support, and expert opinions to law firms, insurance companies, management firms, and property owners. Mr. Wilson's assignments as a forensic consultant typically involve some combination of personal injury, property damage, or other loss, where electricity is believed to have been involved and litigation has begun or is likely. Mr. Wilson's CV, Professional Fees Schedule, and a rough budget estimate are available by request.

Initial 20 minutes of consultation available at no charge.

Mr. Wilson holds a Master of Science (MS) degree from The University of Alabama in Huntsville (UAH) and a Bachelor of Science (BS) degree from Auburn University. Mr. Wilson is certified as a Fire and Explosion Investigator (CFEI) by the National Association of Fire Investigators (NAFI) and is well-acquainted with NFPA 921, “Guide for Fire and Explosion Investigators”. Mr. Wilson has held officer positions in the Institute of Electrical and Electronics Engineers (IEEE) and complies with continuing education requirements for his engineering licenses, and certifications.

Mr. Wilson has over 35 years of varied experience (including over 30 years of engineering experience), which includes forensics, industrial, commercial, residential, petroleum, chemical, military/defense, aerospace, and nuclear.

(2005) LFG to LNG Conversion Facility; in Irvine, California
Lead Electrical Engineer for a proto-type project which would add a process facility to convert Land-Fill Gas (LFG) collected from a landfill, into Liquid Natural Gas (LNG), to be sold on the market. The new facility would be largely self-sufficient by using new 1.3 MW LFG-fueled generators for the bulk of its electrical power needs.

(2004) The Aerospace Corporation; in El Segundo, California
Supervisory Electrical Engineer for a design of a new lab building. Overhead track busways were used throughout the labs for power drops. Conventional busways were used in corridors to deliver power to branch circuit panels and track busways. Cable tray was routed throughout the building for lab equipment ancillary wiring. A lightning protection system was included, as well as a wide variety of receptacle configurations in the overhead busways and surface raceways.

(2002-2003) Boeing C-17 Aircraft Paint Hangar Upgrade; in Long Beach, California
Supervisory Electrical Engineer for increasing the air flow through the hangar as aircraft were being painted and to allow the user better control of air flow, through the use of VFDs. Much of the hangar was classified as NFPA Class I, Division 1 hazardous areas.

(2001) Disneyland Inspection Team; in Anaheim, California
Member of the “ALADAR” engineering inspection team. This team was formed by Disneyland to identify code and safety concerns in anticipation of anticipated state-mandated park inspections. Our team met at the park in the middle of the night, to inspect and operate the attractions.

(1988-1990) NASA Engineering, Science and Technical Services Contract; in Huntsville, Alabama
Member of Technical Staff, assigned to projects related to propulsion, guidance, testing, and launching of the Space Shuttle. Wrote portions of software code for computer programs designed to simulate guidance, control, and performance of the Space Shuttle during lift-off and ascent.

Senior Member of the Institute of Electrical and Electronics Engineers (IEEE)

Professional Engineer, Master's Degree, Certified Fire and Explosion Investigator (CFEI), with over 35 years of experience; over 30 of which is in engineering. Mr. Wilson's CV, Professional Fees Schedule, and a rough budget estimate are available by request.