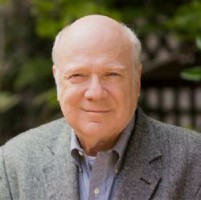 He is internationally known as an expert in factitious disorders and he is co-editor of the classic book, The Spectrum of Factitious Disorders as well as numerous articles and chapters on the topic. He is a Distinguished Life Fellow of the American Psychiatric Association.

Dr. Eisendrath has over 36 years of clinical and forensic practice. He directed the Psychiatric Consultation-Liaison Service for 16 years at the University of California San Francisco specializing in the medical-psychiatry interface including areas such chronic pain (he was one of the original co-founders of the UCSF Pain Management Center). He then became Director of the Adult Psychiatry Clinic overseeing the administration of psychiatric services to a diverse population. He next became Director of Langely Porter Hospital and Clinics as Director of all clinical services. This position involved monitoring the quality and peer review processes for all personnel in both inpatient and outpatient settings. Throughout these activities Dr. Eisendrath maintained an active clinical and forensic practice.

Dr. Eisendrath has extensive clinical, administrative and forensic experience over 36+ years of practice. He has published over 200 articles, chapters and books. He is widely known as an outstanding teacher who communicates his ideas clearly with both students and juries.

His ability to communicate well with people has been demonstrated in his receiving numerous teaching awards including the University of California San Francisco's highest teaching award, The George Sarlo Prize.

Dr. Eisendrath has directed or participated in multiple training sessions.