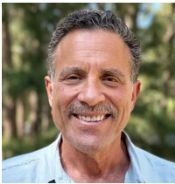 Expert WitnessLitigation SupportSpeaker
Adam Bercovici is a retired LAPD lieutenant (30 years of service) and former CEO of a major security company in the Los Angeles area. During his tenure with the LAPD, he commanded some of the most coveted units in that organization, including Homicide Special, Robbery Homicide Division, The Special Investigation Section, CIS (the largest operational unit assigned to the Joint Terrorism Task Force), and the FBI Violent Crime Task Force.

On the premise liability and security operations side, Adam Bercovici has been retained on multiple occasions as an expert on negligent security guard liability (both defense and plaintiff), nightclub, and restaurant liability. He has worked for major carriers AIG, Farmers, and Houston Specialty Insurance. He has been retained by major security companies, including Securitas.

Expert Security Operations- Security guard company training and operations, negligent acts by security personnel up to and including use of deadly force;

Deposition and Mediation Services. I am available to assist in the preparation for witness deposition or party mediation.

I can assist with preparing for witness deposition and or case analysis.

Adam Bercovici is a retired LAPD lieutenant with thirty years of police experience including 20 years of supervisory and management experience. He was entrusted with the command of the most coveted units on the LAPD including Homicide Special, Robbery Homicide Division ( all major high profile cases in Los Angeles) and The Special Investigation Section (all major felony crimes and kidnaps for ransom cases) and the FBI Violent Crime Task Force. Mr. Bercovici also worked as a K9 handler, vice and gang officer. He has extensive experience as an Internal Affairs Advocate and Investigator.

He was the owner and CEO of a major security company in Los Angeles. Clients included two of the most famous and landmark malls and several well known nightclubs and restaurants. Mr. Bercovici am a sought after premise liability and security expert.

All states and internationally

Police Medal for Bravery when my team was ambushed-1994